The Metamorphosis of Social Narcissism 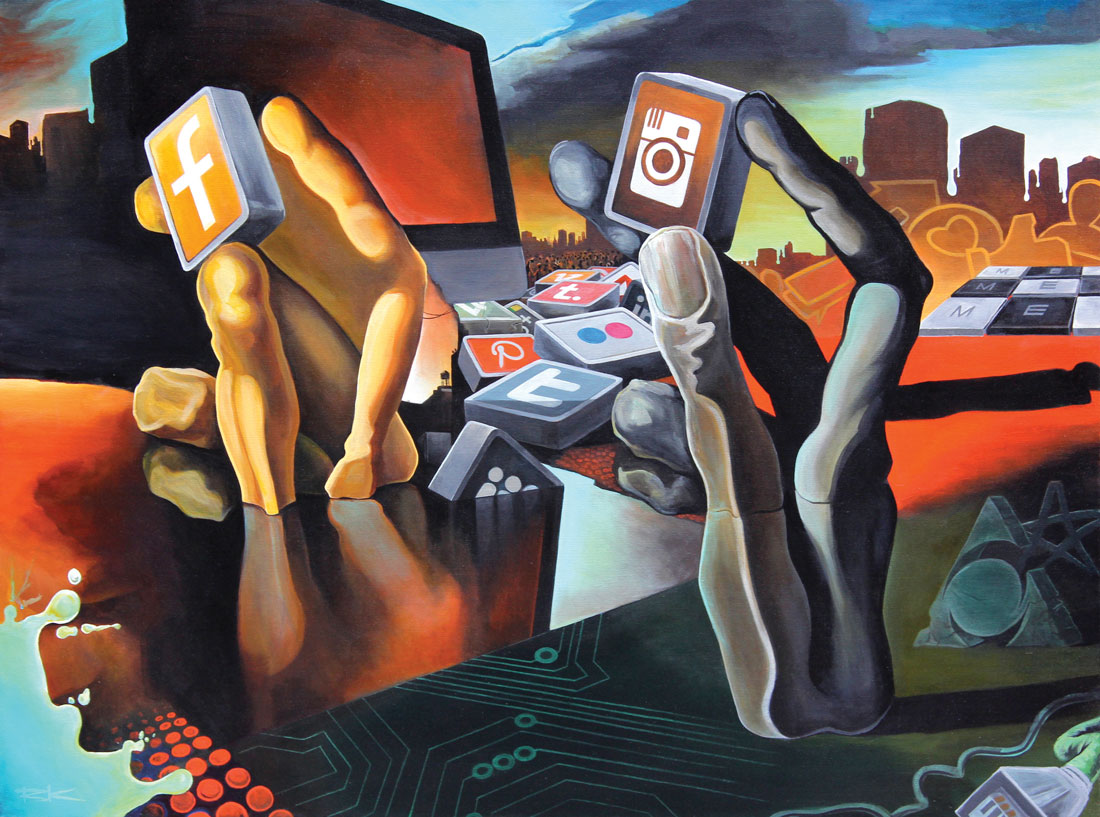 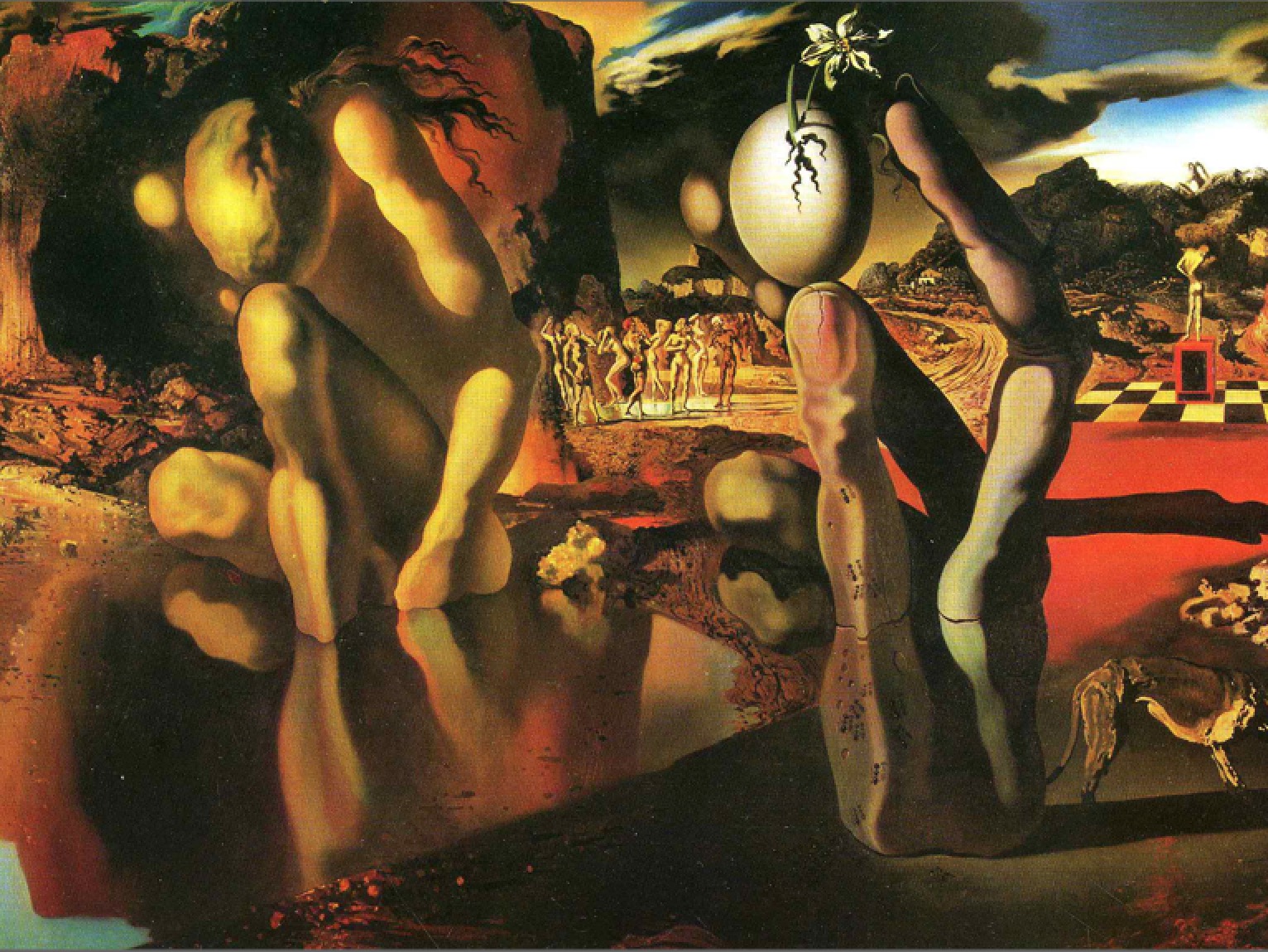 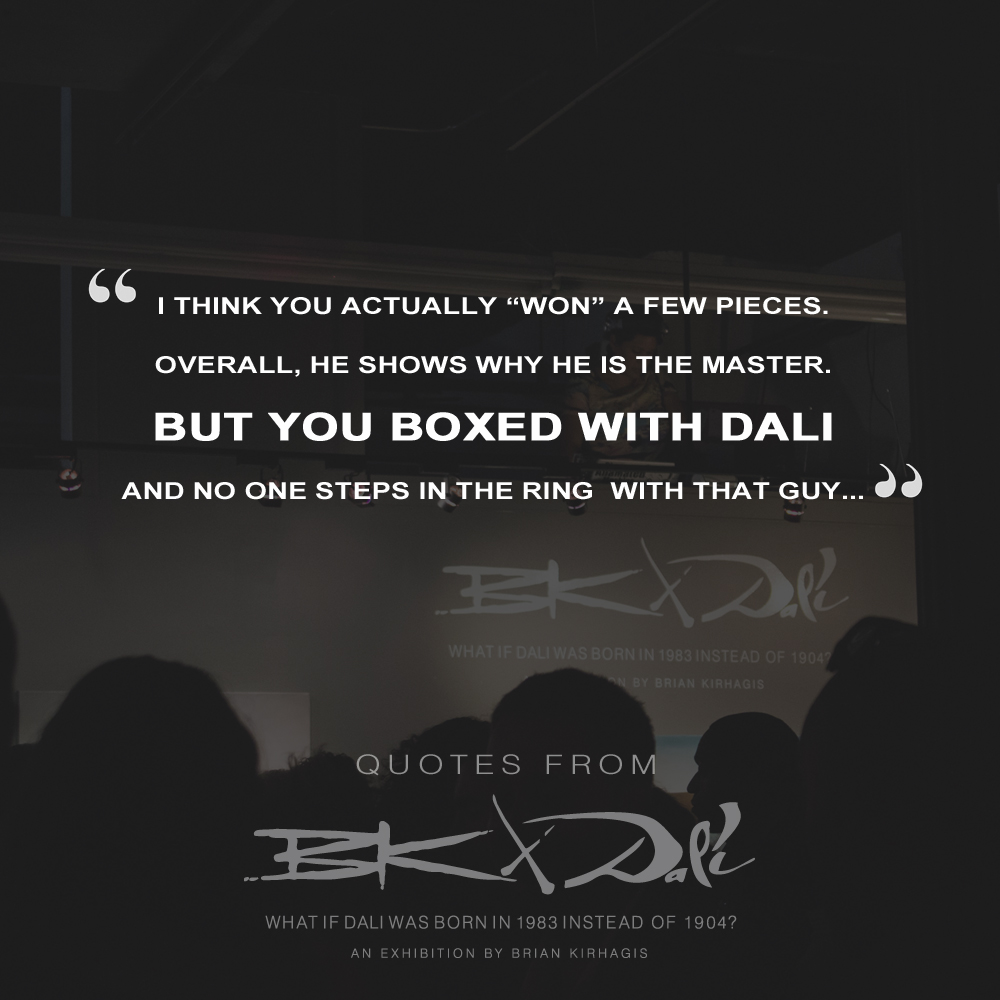 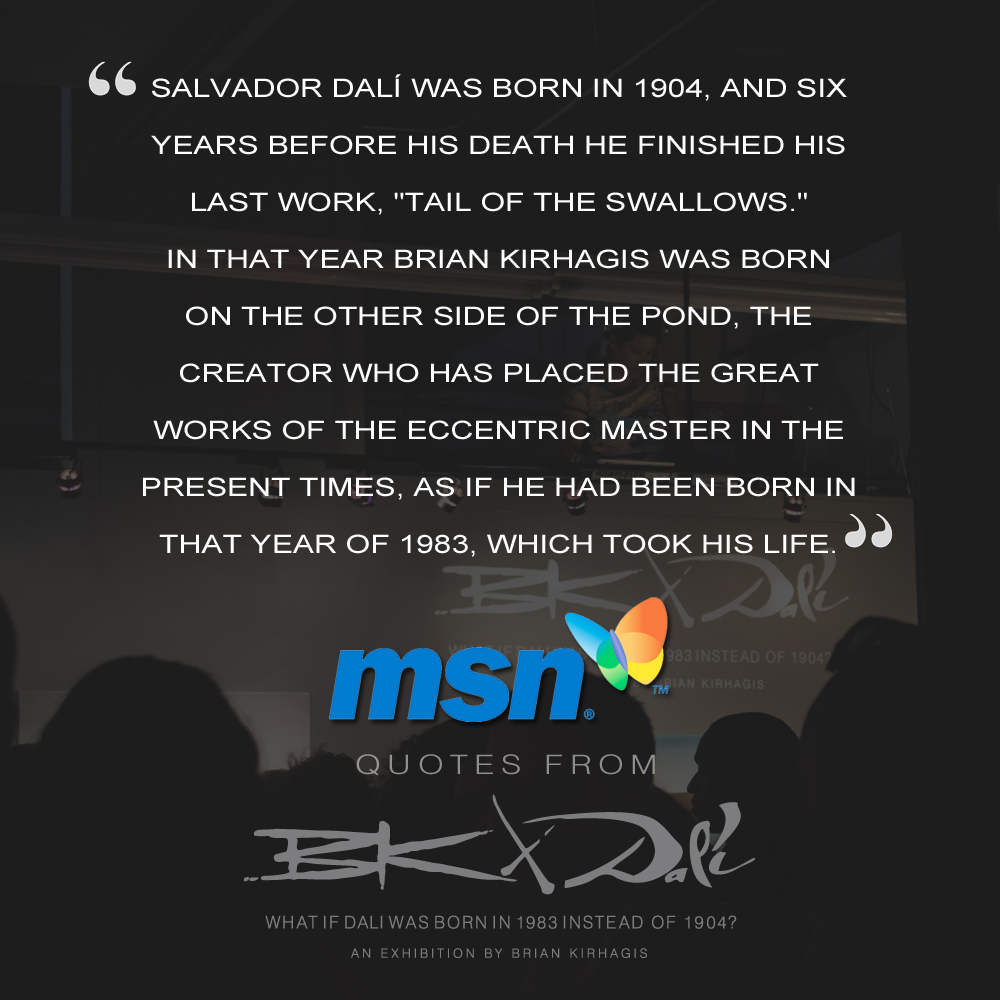 The Metamorphosis of Social Narcissism

This painting is from Dalí's Paranoiac-critical period. According to Greek mythology, Narcissus fell in love with his own reflection in a pool. Unable to embrace the watery image, he pined away, and the gods immortalized him as a flower. Dali completed this painting in 1937 on his long awaited return to Paris after having had great success in the United States.

The painting shows Narcissus sitting in a pool, gazing down. Not far away there is a decaying stone figure which corresponds closely to him but is perceived quite differently; as a hand holding up a bulb or egg from which a Narcissus is growing. It a beautiful scene depicted in rich hues and is easily considered one of Dali’s greatest works.

The title and mythology connection made this reinterpretation flow with greater ease than the rest. This was another moment when I felt like Salvador gave me a lay-up. The myth deals with self-obsession, the title was in the name and the Metamorphosis of Social Narcissism was born.

The central focus evolved around app icons of various social platforms. Just as the egg was his focal point, I had to place the hottest and most relevant app, Instagram. The previous center of attention, Facebook, in the same position where Narcissus rested. A few years ago, MySpace would have been on the left, Facebook on the right. The reality of how times change is evident in the water., and the condition of the “Vine” app, considering recent events, its no surprise. The various logos littered across the landscape are destined to change and reposition, but it will always remain as a part of our life. The checkerboard of of Dali on the right in transformed into computer keys and read “M E ME ME”

Our social world, so it says, is designed to connect us. Bring power to the people with a forum for us to communicate openly.  We used to shake hands, now we “add friends.” We used to console each other, now we comment. If your reading this, put your phone down so you get the message.

Just like Narcissus, we can’t stop staring at ourselves, staring at each other, waiting for someone to say something. We used to touch each other and feel. Now we poke?  We used to pen letters in poor handwriting on blue lined paper. When it arrived in rain stained envelopes, the excitement was even greater.. The more beat up the better. Now we text message, email and notify each other with san serif fonts in blue and green bubbles and wonder why we are de-humanized and de-sensitized to the plight of our fellow man. True story though, your probably friends on Facebook and don’t even know it, kind of like the face on the lower left , a stranger you’d never expect to see.

Imagine his childhood filled with images of urban America instead of the beautiful countrysides of Spain. What would his work look like if he painted out of a studio in Brooklyn, a product of this generation, influenced by our fashion, music, and style?

Envision a Salvador painting about the issues facing modern society, inspired by things like the internet, social media, corporate America, politics, religion, and more. Witness Dali’s masterpieces reworked through an updated lens as art history collides with modern culture. I intend to pick up where he left off, with more than fifty years of perspective to guide me along they way. It is a humble tribute to my greatest inspiration.